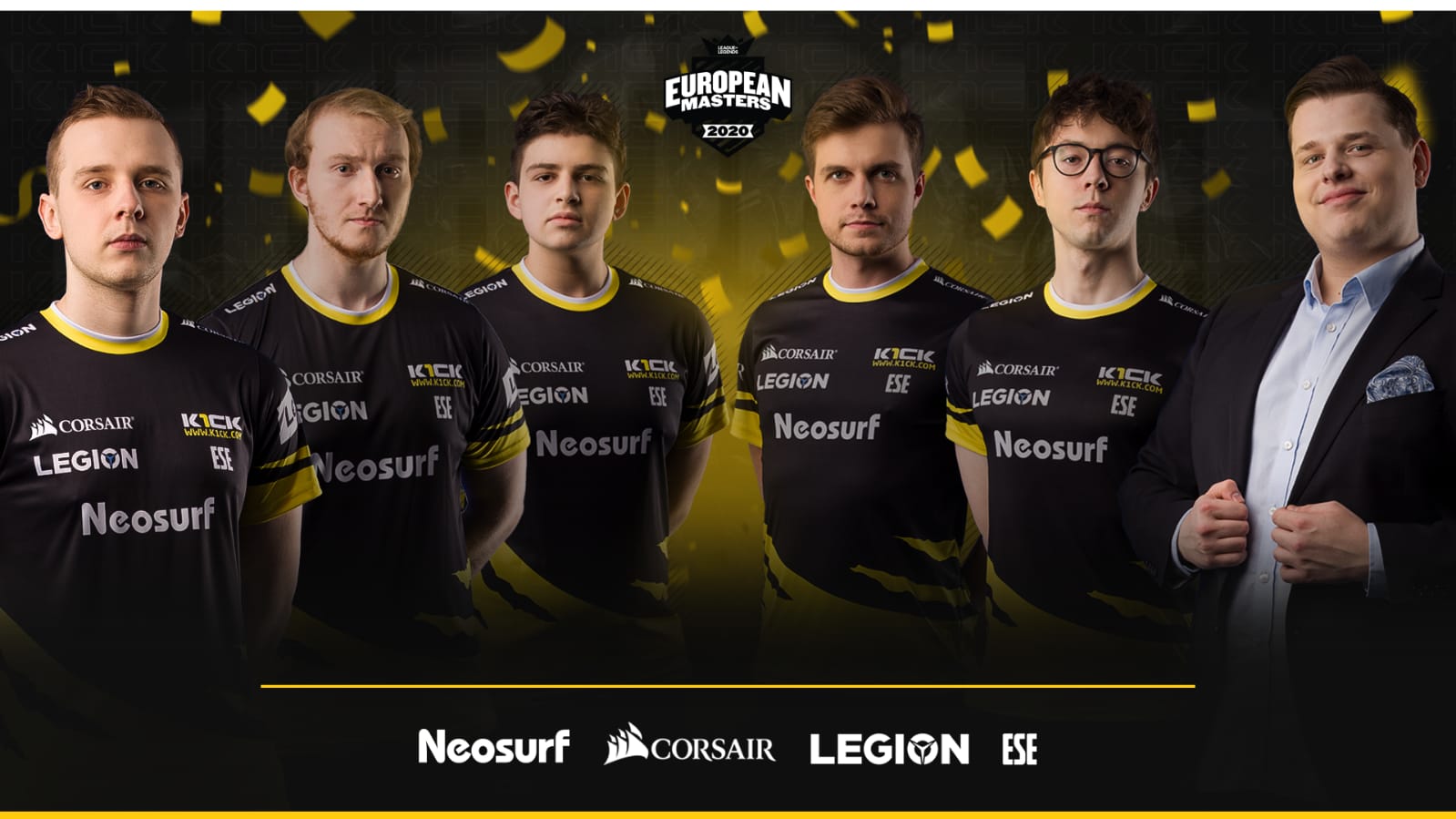 Over 180 thousand viewers of the European Masters’ final and 3 simultaneously trending hashtags on Polish Twitter – it’s just a short balance of the past weekend, which was an awesome  windfall for every esports fan in Poland. After a victorious semi-final against Spanish Movistar Riders, the Polish K1CK Neosurf assailed a French formation – LDLC.

“The succes of K1CK Neosurf and AGO ROGUE in European Masters assures us of a high tier that each Ultraliga Polish Championship’s participant represents.” – says Ewa Czekała, Polsat Games’ Project Director. – “We are really happy that a Polish team made it to the final of these prestigious tournament, providing our fans and viewers with unforgettable feelings. As the whole Ultraliga crew we are proud of K1CK Neosurf’s score, and we can’t wait for the competition in 4th season, which is about to start in the beginning of June.”

The internet users in Poland as well as all over the world have gone crazy over the K1CK Neosurf’s marksman –  Łukasz “Puki style” Zygmunciak. Aside from thousands of fans, leading Pro-players and the greatest worldwide esports organizations like Cloud 9, T1 or G2 have posted Puki’s picture in the social media, expressing support towards our team. We also recived appreciation from the classic sports – ekstraklasa’s Cracovia, or Leeds United football player. – Mateusz Klich.

“Every success of our team speaks volumes of the people within the ESE ecosystem. Congratulations to the whole K1CK team and a big thank you to Neosurf and the sponsors for being with us from the beginning and see the benefit of long-term sense of investing in esports.” – said Konrad Wasiela, CEO of ESE Entertainment Inc.

The fact of reaching European Masters’ final is one of the biggest Polish esports success of latest years. The weekend’s madness over Puki Style on the internet will for sure become legendary. As well as the final, the whole final journey was full of emotions. The European Masters preceding national tournament – Ultraliga, K1CK Neosurf has finished on the second place, acquiring the vice-champion’s title with the final balance of 15 to 7. It gave the team an opportunity of representing Poland in European Masters.

Since the beginning, ESE Entertainment comprehensively planned the team’s participation in latest season of League of Legend’s tournaments.

Its first activities already began in last year’s September. This complex process allowed us to get a licence for competing in Ultraliga on Polsat Games, followingly launching K1CK into the Polish esports ecosystem. To establish a strong connection with the fans it was decided to build a full-polish roster, with a polish coach and analyst. It has created a precedent on the European scale, since these days one nation teams are really rare. Effectiveness of ESE’s actions and a great strategy was recognised by sponsors. Yet before the start of the season, Neosurf became K1CK’s nominal partner.

“As the title sponsor, we are also big fans. We proudly followed the success of K1CK Neosurf through all stages of the EU Masters. Of course, we believed in the team from the beginning, but last weekend clearly showed the value they bring to Neosurf and how they reinforce our gaming core values of PROTECT. PAY. PLAY. – says the Neosurf’s Chief Commercial Officer, Andrea McGeachin. We look forward to continuing our fruitful relationship.”