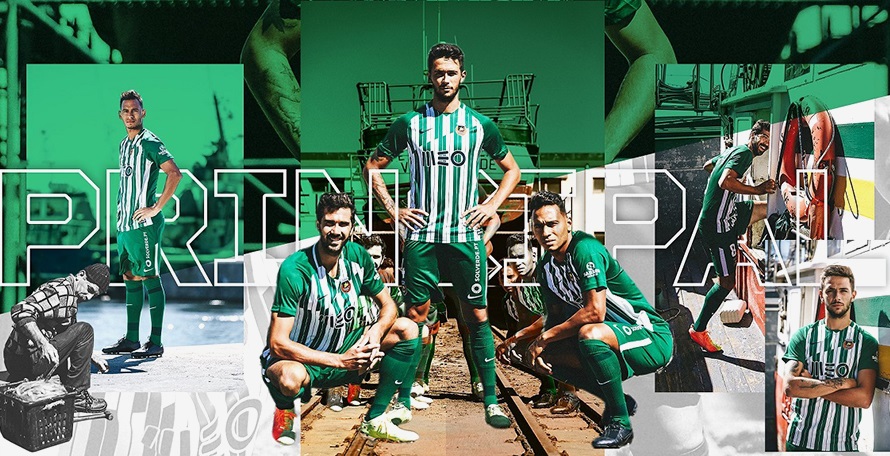 By ESE EuropeFebruary 8, 2021No Comments

Vancouver, British Columbia – February 8, 2021 – ESE Entertainment Inc. (“we”, “ESE”, or the “Company”) (TSXV: ESE) (OTCQB: ENTEF) is pleased to announce that, through its esports team, K1CK, it has entered into a partnership (the “Partnership”) with Rio Ave Football Club (“Rio Ave FC”), a Portuguese football club that competes in the Portuguese Premier League, the top division of Portuguese football.

The Partnership will allow both K1CK and Rio Ave FC to gain exposure to new markets through cross-promotion and collaborative events. K1CK and Rio Ave FC will work together to develop esports and gaming infrastructure that is beneficial to both parties, including setting up the esports team for Rio Ave FC, organizing and executing events at Rio Ave FC’s stadium, and managing certain esports and gaming related operations for Rio Ave FC. It also expands the relationship to include K1CK players representing Rio Ave FC in FIFA competitions as they strive to qualify for the eChampions League.

The eChampions League is an esports league developed by Electronic Arts Inc. (NASDAQ: EA), where the top FIFA players in the world prove themselves as the best of the best. This season, players will compete against one another in tournaments over several months. The top performing players will be invited to compete in their respective Playoffs at the end of the year. You can watch long-time professional FIFA players like Tekkz, Msdossary, nicolas99fc, and more representing teams like Fnatic, Man City Esports, and FaZe Clan against up-and-coming challengers who want to prove they can go toe-to-toe with the best.

The top performing players who competed in regional tournaments and domestic leagues will qualify onto the Regional Playoffs at the end of the season to crown the FIFA 21 Global Series Regional Champion.

Nuno Santos, Rio Ave’s Director of Marketing, commented, “This partnership between Rio Ave FC and K1CK is indeed a great opportunity for both of these ambitious organizations to work together and achieve excellent results. K1CK brings us the experience in the esports world that we have been struggling for years to reach, so it’s with the utmost pleasure that we will work together with an esports brand such as K1CK, that has attained so much international prestige.”

Konrad Wasiela, CEO of ESE commented, “It is with great pleasure that we announce a partnership between K1CK and Rio Ave FC, a Premier League football club in Portugal. Premier League soccer in Europe is one of the most prestigious levels of sport globally. We are absolutely thrilled at the opportunity to build out the gaming and esports business with Rio Ave FC. We look forward to many fruitful collaborations throughout 2021 and beyond with Rio Ave FC.”

Rio Ave FC is a Professional Football club founded in 1939, based in Vila do Conde, Portugal, and playing in the top division of Portuguese Football for the last 13 years in a row. Rio Ave FC has reached the qualifying round of the UEFA Europa League 3 times in the past 5 years, most recently in the Play-in stage, ultimately being eliminated by A.C. Milan in penalty shootouts. Rio Ave FC has recently been looking to expand its presence in the esports industry. | www.rioavefc.pt

ESE is a Europe based entertainment and technology company focused on gaming, particularly on esports. ESE consists of multiple assets and world-class operators in the gaming and esports industries. Capabilities include but are not limited to: physical infrastructure, broadcasting, global distribution for gaming and esports-related content, advertising, sponsorship support, and a growing esports team franchise, K1CK Esports. ESE is focused on bridging Europe, Asia and North America. | www.ese.gg

This news release contains certain statements that may constitute forward-looking information under applicable securities laws. All statements, other than those of historical fact, which address activities, events, outcomes, results, developments, performance or achievements that ESE anticipates or expects may or will occur in the future (in whole or in part) should be considered forward-looking information. Such information may involve, but is not limited to, comments with respect to the benefits derived from the Partnership, and the reception of the same in the market; the exposure gained by ESE and Rio Ave FC as a result of the Partnership; and the strategies, expectations, planned operations and future actions of ESE and Rio Ave FC. Often, but not always, forward-looking information can be identified by the use of words such as “plans”, “expects”, “is expected”, “budget”, “scheduled”, “estimates”, “forecasts”, “intends”, “anticipates”, or “believes” or variations (including negative variations) of such words and phrases, or statements formed in the future tense or indicating that certain actions, events or results “may”, “could”, “would”, “might” or “will” (or other variations of the forgoing) be taken, occur, be achieved, or come to pass. Forward-looking information is based on currently available competitive, financial and economic data and operating plans, strategies or beliefs as of the date of this news release, but involve known and unknown risks, uncertainties, assumptions and other factors that may cause the actual results, performance or achievements of ESE to be materially different from any future results, performance or achievements expressed or implied by the forward-looking information. Such factors may be based on information currently available to ESE, including information obtained from third-party industry analysts and other third-party sources, and are based on management’s current expectations or beliefs regarding future growth, results of operations, future capital (including the amount, nature and sources of funding thereof) and expenditures. Any and all forward-looking information contained in this press release is expressly qualified by this cautionary statement. Trading in the securities of ESE should be considered highly speculative.