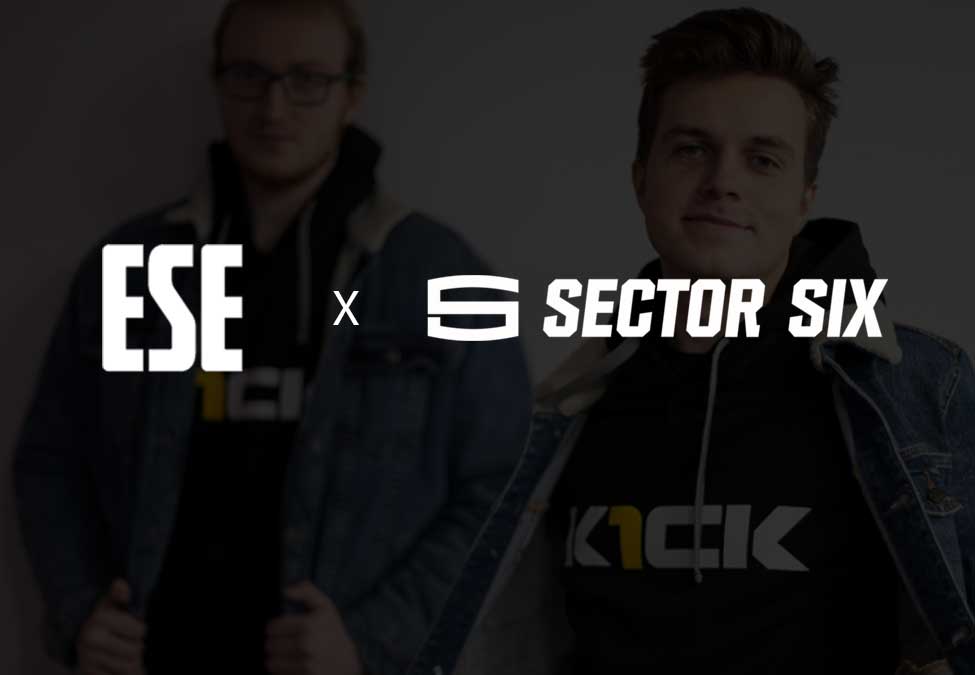 VANCOUVER, BC, Jan. 26, 2021 /CNW/ – ESE Entertainment Inc. (“we“, “ESE“, or the “Company“) (TSXV: ESE) (OTCQB: ENTEF) is pleased to announce that it has entered into an apparel and merchandising sponsorship deal (the “Agreement“) with Sector Six Apparel, LLC (“Sector Six“), a company which is part of the We Are Nations Group.

Under the terms of the Agreement, Sector Six will act as a supplier and distributor of merchandise for ESE’s K1CK esports team. Specifically, Sector Six will distribute K1CK-branded jerseys and other merchandise apparel, through both its established supply chain and  ESE’s own ecommerce channels.

Sector Six is part of the We Are Nations Group, which is a global group focused solely on the business of esports and gaming merchandise. Founded in 2016, We Are Nations has assembled an all-star team of product development, e-commerce, business development, and marketing professionals to lead the esports push into mainstream consumer products and retail. Existing clients include G2 Esports, Ninjas in Pyjamas, Immortals Gaming and MiBR.

Josh Whatley, Owner of Sector Six commented “We are excited to be working with K1CK as a key piece to the European expansion of Sector Six. All of us within the We Are Nations family can’t wait to provide the fans of K1CK with quality product and service”.

Konrad Wasiela, CEO of ESE, commented “Apparel, merchandising and licensing is an integral part of monetizing the K1CK brand. It was important to partner with not only a trusted provider, but a proven provider. We Are Nations / Sector Six is exactly that. They have successfully partnered with global esports brands such as Paris St. Germain Esports, G2 Esports, Cloud9 Esports, and have secured distribution with the Walmart Marketplace among other distribution channels. This is a perfect fit for K1CK as we strive to be the next big esports brand globally.”

About ESE Entertainment Inc.ESE is a Europe based entertainment and technology company focused on gaming, particularly on esports. ESE consists of multiple assets and world-class operators in the gaming and esports industries. Capabilities include but are not limited to: physical infrastructure, broadcasting, global distribution for gaming and esports-related content, advertising, sponsorship support, and a growing esports team franchise called K1CK Esports. ESE is focused on bridging Europe, Asia and North America. | www.ese.gg

About Sector Six ApparelSector Six is a company focused on being the turn-key print on demand solution for teams of all shapes and sizes. Whether you are a group of friends who are looking to match for a local event, a competing amateur, part of the collegiate circuit, or working with a professional organization, Sector Six has a solution for you.

Forward-Looking StatementsThis news release contains certain statements that may constitute forward-looking information under applicable securities laws. All statements, other than those of historical fact, which address activities, events, outcomes, results, developments, performance or achievements that ESE anticipates or expects may or will occur in the future (in whole or in part) should be considered forward-looking information. Such information may involve, but is not limited to, comments with respect to the benefits derived from the Agreement with Sector Six Apparel and the strategies, expectations, planned operations and future actions of ESE and K1CK. Often, but not always, forward-looking information can be identified by the use of words such as “plans”, “expects”, “is expected”, “budget”, “scheduled”, “estimates”, “forecasts”, “intends”, “anticipates”, or “believes” or variations (including negative variations) of such words and phrases, or statements formed in the future tense or indicating that certain actions, events or results “may”, “could”, “would”, “might” or “will” (or other variations of the forgoing) be taken, occur, be achieved, or come to pass. Forward-looking information is based on currently available competitive, financial and economic data and operating plans, strategies or beliefs as of the date of this news release, but involve known and unknown risks, uncertainties, assumptions and other factors that may cause the actual results, performance or achievements of ESE to be materially different from any future results, performance or achievements expressed or implied by the forward-looking information. Such factors may be based on information currently available to ESE, including information obtained from third-party industry analysts and other third-party sources, and are based on management’s current expectations or beliefs regarding future growth, results of operations, future capital (including the amount, nature and sources of funding thereof) and expenditures. Any and all forward-looking information contained in this press release is expressly qualified by this cautionary statement. Trading in the securities of ESE should be considered highly speculative.